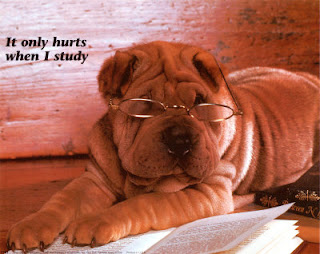 A Near Sighted Christianity

If you know me at all, you know that I wear glasses for a reason. Without them, I can't see my hand in front of my face! I have astigmatism. I can't very well near or far. I know several people who are near-sighted. Nearsightedness or myopia is the inability of the eye to focus on distant objects. The nearsighted eye has no difficulty viewing nearby objects, only those things that are far away.

Now, here's my point. Reading the Scriptures this morning I became convicted that I am suffering from a near-sighted Christianity. My focus has been almost entirely on the problems at hand. Working to see God revitalize our Church, a new addition to our family (not a problem, a blessing, but consuming none the less), beginning the process of finding a new home, etc; all of these things have dominated my mind. I have become near-sighted. It has been difficult to focus on the eternal when the temporal was overwhelming me!

Probably the great majority of American Christianity suffers from this spiritual myopia. We are all about today and the problems of the hour. What can Jesus do for me right now? How does my faith impact my family problems and my work issues and my financial struggles? For pastors, it is easy to become overwhelmed with the challenges of ministry and the myriad of problems we face.

Colossians 3:1 instructs us to set our minds on things above. This does not mean we ignore the problems of life, but that we see and view our life through the eternal and through the Word of God. I found myself caught up and swept away by the grandeur and the glory of the Gospel this morning. As I thought of God's working in and through history to redeem His people I was amazed at His foresight and wisdom. I was staggered by the thoughts of eternity and glory in His presence. And you know what? My near-sighted problems and worries seemed a lot less troublesome.
Posted by collin wimberly at 5:59 AM No comments:

The Marks of a Cult

What makes a cult a cult and not a denomination? Veering away from the central truths and tenants of the Christian faith. Simply saying you believe in Jesus does not make a person a Christian. You must believe in Jesus as revealed by the Bible. That is why Oprah and the mormons and whoever else cannot claim any connection to Christianity.

Posted by collin wimberly at 11:56 AM No comments:

The Church of Oprah Exposed

A few weeks ago I referenced Oprah Winfrey and how dangerious her ideas are. She is certainly the most influential and dangerious false prophet in America today.

Posted by collin wimberly at 11:42 AM No comments: 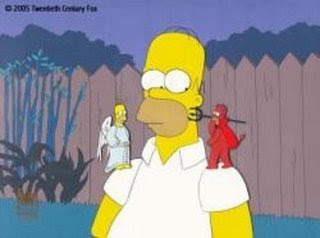 A good conscience
I've been preaching Wednesday nights through the life of David. Chp. 24 describes how David would not take Saul's life, even when he had the chance. Saul wandered into the very cave where David and his men were hiding. To David's men this was a perfect opportunity, in fact a God-given opportunity, for David to kill Saul and end his reign of terror. David knew God far too well to try and understand His will through circumstances. But, he does something he knows that he shouldn't. He slips up on Saul and clips off a corner of his robe. Now, the narrative tells us that David knew what he had done was wrong. His conscience was troubled immediately by sin. I was impressed this. David had developed a sensitive conscience before God. I wonder how many believers have consciences that as sensitive to the Spirit of God as David's. In fact, I wonder how many believers are even concerned about their conscience.

God is concerned. I Timothy 1:5 lists a good conscience as one of the goals of Biblical teaching. In Acts 24:16 Paul states that he worked to always maintain a good conscience before God and men. What a blessing and a joy it is to lay one's head down at night with a clear conscience. Yet, what a rarity it is in today's world. We are to train up or conscience through the reading and application of God's word. The more obedient we are to God, the more sensitive our conscience becomes before the Lord. On the other hand disobedience can sear and harden a person's conscience. How many times have we heard professing Christians say and do things at church that would embarrass a pagan, and walk out feeling entirely justified in what they have done. Through disobedience they have hardened their conscience to the point they can longer accurately discern right from wrong.

What a different place most churches and most families would be if we would just pay a little more attention to our conscience.
Posted by collin wimberly at 11:32 AM 1 comment: