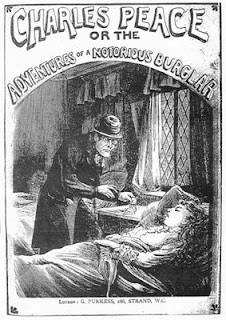 The sermon of Charlie Peace

Charlie Peace was a criminal. Laws of God or man curbed him not. Finally the law caught up with him, and he was condemned to death. On the fatal morning in Armley Jail, Leeds, England, he was taken on the death-walk. Before him went the prison chaplain, routinely and sleepily reading some Bible verses. The criminal touched the preacher and asked what he was reading.“The Consolations of Religion,” was the replay.
Charlie Peace was shocked at the way he professionally read about hell. Could a man be so unmoved under the very shadow of the scaffold as to lead a fellow-human there and yet, dry-eyed, read of a pit that has no bottom into which this fellow must fall? Could this preacher believe the words that there is an eternal fire that never consumes its victims, and yet slide over the phrase without a tremor? Is a man human at all who can say with no tears, “You will be eternally dying and yet never know the relief that death brings”?
All this was too much for Charlie Peace. So he preached. Listen to his on-the-eve-of-hell sermon.
“Sir” addressing the preacher, “if I believed what you and the church of God say that you believe, even if England were covered with broken glass from coast to coast, I would walk over it, if need be, on hands and knees and think it worth while living, just to save one soul from an eternal hell like that!”(Ravenhill, Leonard, Why Revival Tarries, Fires of Revival Publishers, Zachary, LA, 1973, p. 19)
Posted by collin wimberly at 9:27 AM No comments: